Today ‘eXXpedition North Pacific’, in collaboration with recycling innovators TOMRA, sets sail from Honolulu, Hawaii on a scientific research mission led by award-winning British skipper and ocean advocate Emily Penn to investigate solutions to the devastating impact of single-use plastic and toxics in the world’s oceans. 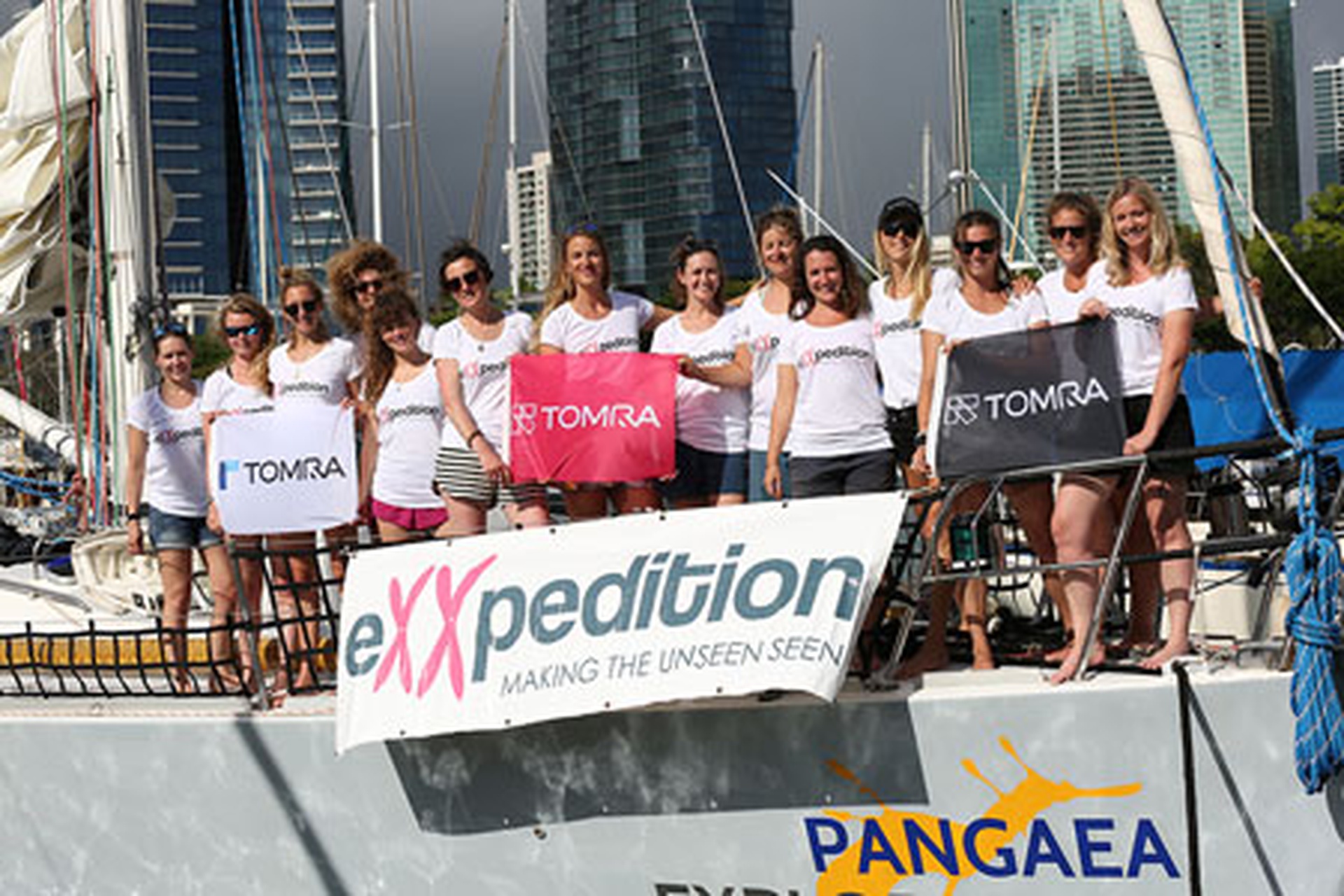 eXXpedition North Pacific is made up of a diverse and international group of 24 women from Britain, USA, Canada, Slovenia, Norway and Honduras.

Split over two voyage legs, they will journey for a  month over 3,000 nautical miles through the densest ocean plastic accumulation zone on the planet, the North Pacific Gyre - better known as the Great Pacific Garbage Patch.

The crew will conduct daily trawls for plastics and pollutants, and collect data for a variety of global datasets and scientific research studies along the way. This data is used to support scientists in the UK, Canada, Switzerland and the USA including conservation organization Ocean Wise in Canada and the Hawaii Pacific University. Studies range in focus from understanding the impact of plastic pollution on sea turtle environments to microplastics and the impact on our bodies of toxics carried on plastic.

“Bold, exciting and innovative science into ocean plastic and toxics is at the heart of all eXXpedition voyages. This year, we are seeing a shift in scientific focus. Scientists still want to know how much plastic is out there and where it is, but they also want to know which toxic chemicals are on the surface of it, whether organisms are growing on it and what the impacts might be on wildlife, and on us,” says Mission Leader Emily Penn.

An overview of the scientific plan for the voyage is available here.

eXXpedition, the British Community Interest Company behind North Pacific 2018, specialises in all-women sailing expeditions. This is the 10th eXXpedition voyage and the first in the North Pacific Gyre. It has the endorsement and support of the UN Environment Clean Seas initiative and Ocean Wise.

Earlier this month, on World Environment Day, Mission Leader and co-Founder of eXXpedition, Emily Penn, was awarded the British Prime Minister's Points of Light award. It recognizes outstanding individuals and noted the important work of the eXXpedition voyages in scientific research and ocean advocacy.

Emily Penn eXXpedition co-Founder: “We are starting our North Pacific voyage with an amazing multidisciplinary crew of inspirational women, as always, but also some fantastic partners. The organizations supporting our journey share our vision of tackling ocean plastic through scientific research and empowering changemakers, and that’s very exciting.We’re looking forward to furthering the science and visibility of ocean plastic and toxics, as well as inspiring our passionate crew to collaborate and take lessons back to their communities."

All costs of the expedition are covered by crew contributions and the generosity of mission sponsors. Many of our sponsors, in particular TOMRA, are involved in pioneering initiatives to tackle plastic pollution around the world. Find out more about them here.

Founded in 1972, TOMRA is the preferred partner for reverse vending solutions for collecting, reusing and recycling cans and bottles. The TOMRA system has the machines, digital solutions and service to make recycling easy for the industry, system owners, retailers and consumers. With over 82,000 installations across more than 60 markets, TOMRA’s reverse vending machines capture 35 billion used beverage containers every year – reducing reliance on raw materials and ensuring fewer containers end up in landfills, oceans and streets. Visit our Reverse Vending pages on www.tomra.com, and follow us on Facebook, Instagram, Twitter and LinkedIn.

TOMRA Collection Solutions is part of the TOMRA Group, which creates sensor-based solutions for optimal resource productivity, and has a vision to lead the Resource Revolution. The Group employs approximately 3,550 people globally and is publicly listed on the Oslo Stock Exchange (OSE: TOM).