Enthusiasm for a deposit return scheme in Ireland is growing

Ireland is seeing growing momentum for a deposit return scheme (DRS), with consumers and politicians alike getting behind plans to introduce the scheme in the country.

The current waste and recycling system is not capturing enough of these materials for high quality recycling, with research showing that 1 billion plastic bottles and 1.6 million aluminium cans end up in landfills/incinerators or littered in the environment (Source: Return for Change).

Since the Irish Government announced plans to introduce a deposit return scheme, public interest has grown in recent months, with the launch of VOICE Ireland’s 'Return for Change' campaign which aims to ensure that Ireland’s DRS is as effective as possible in reaching its environmental goals.

As part of the ‘Return for Change’ campaign, TOMRA’s recycling trailer will be travelling to several sites over the coming months, bringing deposit return scheme style recycling to as many people as possible.

The trailer made its first appearance in September at St Anne’s Park in Dublin, where Dublin's Lord Mayor, Councillor Alison Gilliland heard more about how DRS can make a difference to litter and high quality recycling rates. This event followed in the footsteps of the campaign’s launch event in Howth, a town which is often plagued with litter, especially at weekends.

Further sites and dates of the Return for Change campaign are set to be announced shortly. 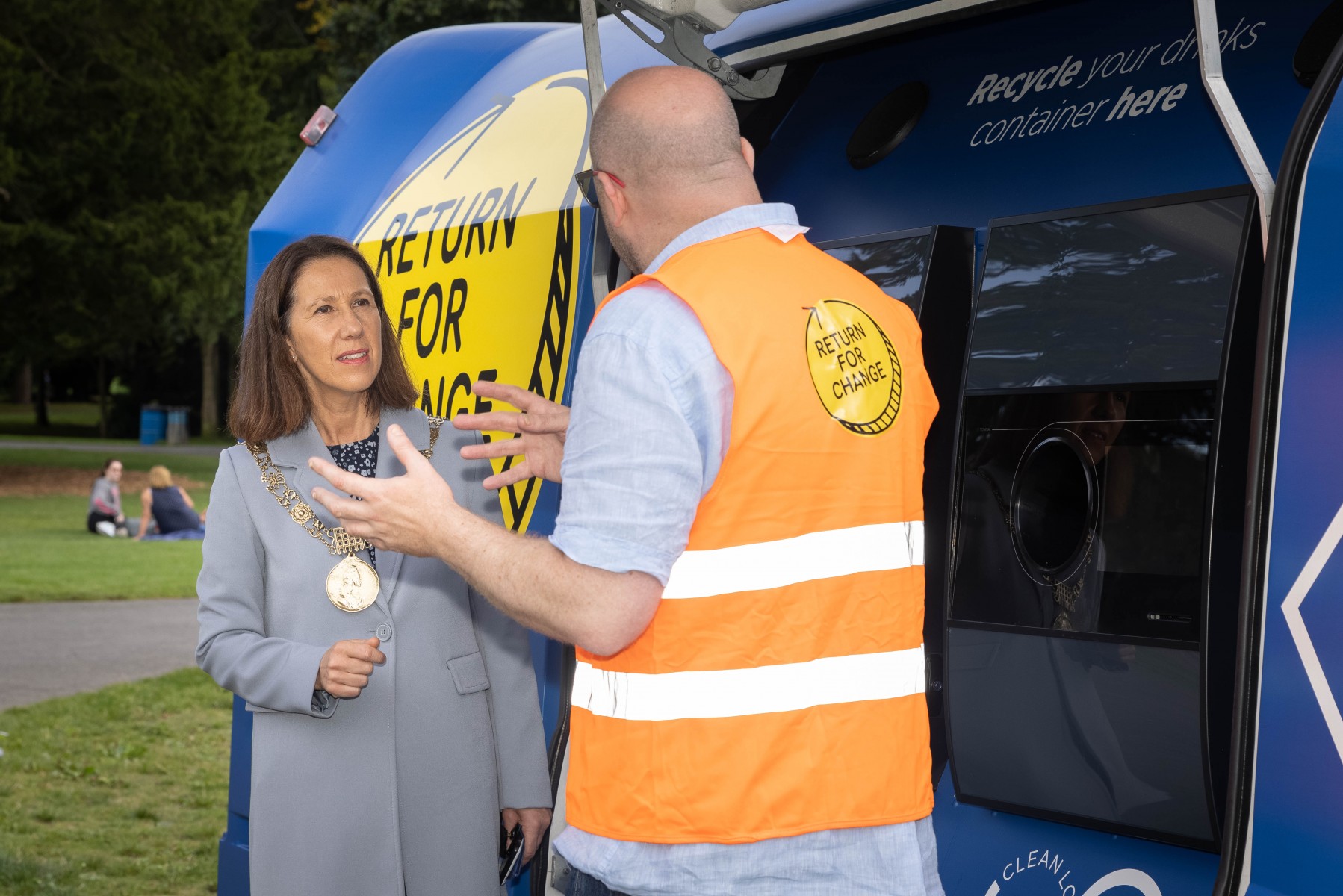 Enthusiasm for a deposit return scheme in Ireland is growing