Contributes on science advisory board, crew members and sponsorship for pioneering Round The World voyage 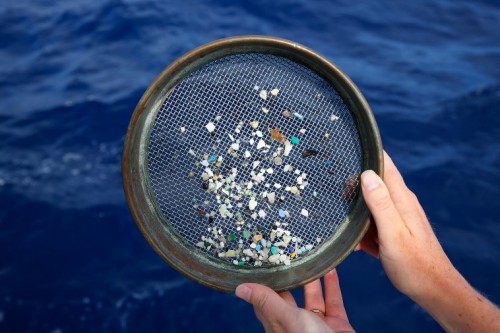 Global resource sustainability company TOMRA has joined as a science advisor and gold sponsor for the highly-anticipated “eXXpedition Round The World”, a two-year all-female sailing voyage focused on researching microplastic pollution. Four women from the TOMRA team will also roll up their sleeves and get on board as crew members to work on the mission.

eXXpedition Round The World 2019-2021 will see 300 women join 30 voyages that transverse the Arctic and four of the globe’s trash gyres (where marine plastic gathers in a system of circular ocean currents). These are some of the most important and diverse marine environments on the planet. The first voyage departs on October 8, heading from Plymouth, United Kingdom, toward the Azores.

TOMRA also sponsored last year’s eXXpedition voyage from Hawaii to Vancouver, crossing the Great Pacific Garbage Patch in the North Pacific: the fifth gyre and the densest accumulation zone for ocean plastic on the planet. TOMRA – a member of the Alliance to End Plastic Waste – found it such an eye-opening and valuable experience that it wanted to expand its involvement even more in the next project. TOMRA provides solutions for sorting mixed waste for recycling, and reverse vending machines that receive 40 billion empty drink containers for recycling every year.

“You can’t truly provide solutions until you understand the problem, and you can’t understand the problem until you get out and see it first hand,” explained Kristine Berg, Circular Economy Advisor at TOMRA and crew member of last year’s North Pacific voyage. “Reverse vending, waste sorting and circular economy are vital ways to turn off the tap of plastic litter entering our oceans, and we at TOMRA need to see the true scale of the pollution to build understanding and urgency around the issue of marine litter.”

eXXpedition’s cutting-edge scientific research on ocean plastics will pursue both sea-based and land-based investigation, lead respectively by Professor Richard Thompson (Leader at the International Marine Litter Research Unit at the University of Plymouth) and Professor Jenna Jambeck (National Geographic explorer and Director at the University of Georgia).

TOMRA Senior Vice-President for Circular Economy Strategy Dr Daniel Schwaab will be part of eXXpedition’s science advisory board for the Round The World journey. With a PhD in physics and a strategic perspective of the circular economy of plastics, he will bridge the gap between science and business implementation. The four TOMRA employees joining the voyage, like all other crew members, will be involved hands-on in gathering research samples.

“We are thrilled to have TOMRA back on board with the eXXpedition journey,” said Emily Penn, eXXpedition Co-founder and Mission Leader. “TOMRA has literally made it their business to be innovative leaders in the resource revolution, providing smart solutions for the sustainability of our planet’s resources. Like TOMRA, we believe that in order to stop the flow of plastics into our oceans, we must look up the value chain to preventive approaches that motivate recycling, reduce reliance on raw materials, and encourage everyone to see the value in what has previously been thought of as waste.”

As well as scientific research and raising awareness of the devastating impact of plastic in the world’s oceans, eXXpedition strives to celebrate women in science and leadership and build a global community of change-makers to tackle the environmental and health effects of marine plastic and champion solutions to the crisis.

Below: The 2018 eXXpedition crew ready to set sail 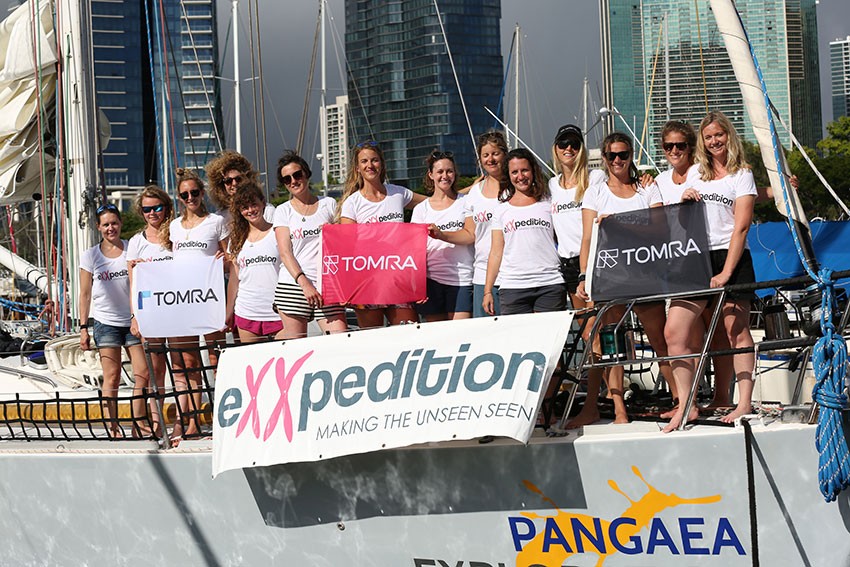 TOMRA was founded on an innovation in 1972 that began with the design, manufacturing and sale of reverse vending machines (RVMs) for automated collection of used beverage containers. Today TOMRA provides technology-led solutions that enable the circular economy with advanced collection and sorting systems that optimize resource recovery and minimize waste in the food, recycling and mining industries.

TOMRA has ~100,000 installations in over 80 markets worldwide and had total revenues of ~8.6 billion NOK in 2018. The Group employs ~4,000 globally and is publicly listed on the Oslo Stock Exchange (OSE: TOM). For further information about TOMRA, please see www.tomra.com.