The war on plastic is underway, but we should view it as a resource, not waste 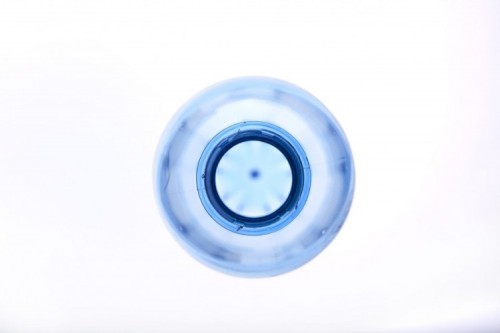 Plastic pollution is undoubtedly a major environmental concern. Our streets, beaches and oceans are testament to its far-reaching effects – but with the right action, we can turn the tide. In fact, it may already have begun to turn, with policymakers across the globe setting ambitious recycling targets and new regulations showing a shift to a more circular economy. EU member states, for example, have signed up to a number of legislative proposals on waste, including a 75% target recycling rate on packaging waste by 2030. For plastic beverage container waste specifically, there is also an ambitious target of 90% collection rate by 2025.

In the UK, a group of leading grocery retailers, producers and waste management companies have developed the “Plastics Pact” in a bid to drive down plastic use in Britain. This all signifies great strides forward, however we also need more immediate solutions that both increase recycling rates and ensure that the collected materials are of high quality. This is particularly important as overseas countries such as China and Malaysia close their borders to poor quality recyclables from the UK.

Moving to a Circular Economy

The UK is preparing to step up to this challenge and is on the brink of its own seismic shift when it comes to recycling. In Scotland, the Scottish Government recently announced the details of it's own deposit return scheme (DRS). The design of the scheme sees a comprehensive "all in" model covering PET plastic, cans and glass up to 3 litres in size with a 20p deposit. In the rest of the UK, a similar consultation by Defra on DRS is now underway and is part of the Government’s Waste and Resource strategy announced in December of last year. The idea of a DRS is a simple but effective one; consumers pay a deposit on beverage containers which is then refunded when the bottle or can is returned for recycling. A DRS sees collection rates rise to over 90%, an increase of 40% vs other collection methods . This is thanks primarily to the financial incentive given via the deposit but also because of the increased purity that results from separating bottles and cans from other materials. The increase in the quality of materials collected is key in a circular economy. It enables drinks containers to be recycled in to food grade packaging, rather than downcycled to lower grade plastics for use in clothing or other household goods.

At TOMRA, we call this “clean loop” recycling. TOMRA is the world leader in reverse vending and is present in more than 60 markets worldwide working to create a more circular economy. We collect 40 billion used beverage containers per year for “clean loop” recycling and strongly believe that viewing plastic as a valuable resource instead of waste is one of the first steps towards affecting real change. When you advocate this circular economy mind-set, you eliminate the traditional notion of “waste”. Instead, everything can be viewed as a resource and carbon emissions can be meaningfully reduced, while demand for virgin materials is lowered. There is also the additional benefit of triggering consumers to dispose of their waste more responsibly and with the planet in mind.

Plastic as a resource

While plastic undoubtedly does great harm when it finds its way into the environment, it does have significant benefits over other materials. Plastic requires less energy to produce, consumes less water and is lighter to transport. Plastic is also a useful material that offers unrivalled functionality at low cost, particularly for safe food and water packaging. However, there are signs that European legislators are considering reclassifying plastic as “hazardous waste”. While the intentions behind the recommendation may be good, TOMRA suggests that restrictive policies would make recycling and thus recycled products more expensive and complicated. Plastic itself is not the issue that needs to be tackled – it’s our single-use behaviour. We should be viewing plastic as a resource and looking at how we can keep it, and other materials like glass and aluminium, in the “clean loop” of recycling. Helping that behaviour transition will be last year’s announcement that Europe’s bottled water industry has committed to major plastic goals to collect 90% of single-use plastic beverage containers by 2025 as an average across the European Union.

“All in” Deposit Return Schemes - a tried and tested method

Keeping materials in this loop requires a system that enables both high capture rates and high-quality materials. Deposit return schemes are the tried-and-tested method of delivering this. In our experience from schemes across the world, a simple and all-encompassing scheme has the potential to achieve the best return rates. We don’t have to look far to see the benefit of such schemes in other countries: Lithuania saw its collection rate increase from 34% to 94% in just two years. This is why it is so encouraging to see Scotland's recent announcement of it's "all in" system. It will keep the scheme simple and convenient for shoppers, enabling the system to capture as many materials as possible. We hope that the rest of the UK will follow with a similiarly comprehensive DRS soon.

Deposit return schemes represent a win-win that is both good for the environment and good for the economy, and it’s hugely encouraging that both the Scottish and UK governments have taken steps to introduce schemes. Once implemented, we are well on our way to a strong circular economy that keeps litter out of our oceans, streets, and landfill – and changes habits for good.

The war on plastic is underway, but we should view it as a resource, not waste