TOMRA President and CEO Stefan Ranstrand met with the Norwegian Minister of Trade and Industry Torbjørn Røe Isaksen on February 11, 2019 to discuss issues relevant to the development of a national circular economy strategy. The meeting took place at the Romerike Avfallsforedling (ROAF) facility near Oslo, Norway - the world's first fully automated sorting facility for household waste. 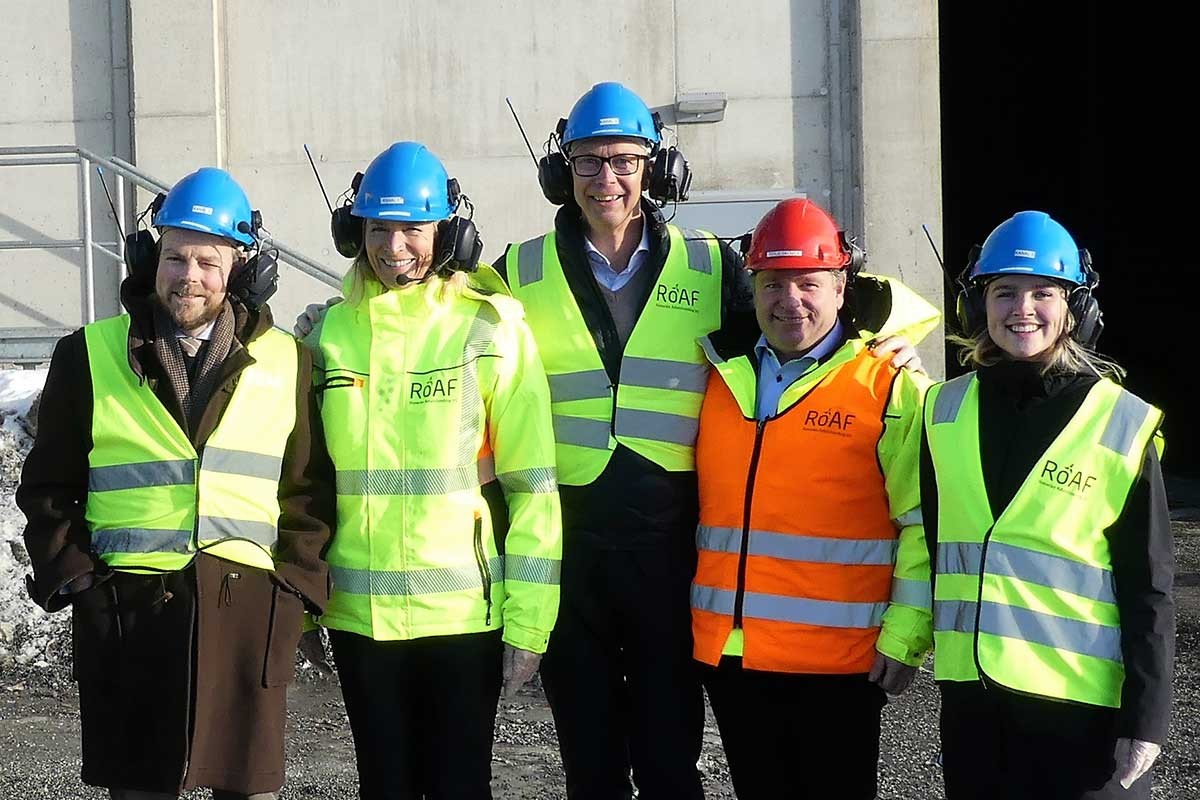 The meeting at the ROAF waste sorting facility started with Stefan Ranstrand providing an introduction to TOMRA and its role in the circular economy. ROAF CEO Synnøve Bjørke also provided a presentation about the facility and how proper waste management infrastructure represents a very good starting point for facilitating the circular economy.

After concluding their discussions, the delegation then took a tour of the facility and got a first-hand look at TOMRA's sorting machines in action.

The ROAF facility was opened in 2014 and utilizes 16 TOMRA sorting machines for municipal solid waste (MSW). The trailblazing fully automated waste sorting facility receives visitors from around the world who are interested in learning more about how the plant operates.

"The meeting at the ROAF facility provided an excellent opportunity for TOMRA to highlight both our solutions in operation today and the strategic initiatives we are implementing to help propel the development of the circular economy further. Close collaboration between government policy makers and industry is vital in the effort to successfully build the infrastructure and processes necessary to expand the circular economy," says TOMRA CEO Stefan Ranstrand.

Moving toward a closed loop for all plastic waste

Also participating in the meeting from TOMRA were TOMRA SVP and Head of Group Strategy Elisabet Sandnes and TOMRA Recycling Business Development Manager Oliver Lambertz. Oliver Lambertz, who was instrumental in the planning and deployment of TOMRA's machines at the ROAF facility as well as a newer facility built in Stavanger, Norway, emphasized the importance of creating fully integrated local processing infrastructure in order to optimally achieve the goals of the circular economy.

"In our meeting with Minister Isaksen we also highlighted the new IVAR waste sorting facility in Stavanger which has been operational since January 2019. Whereas the plastic sorted at the ROAF facility is shipped elsewhere for further processing, the plastic sorted by the 22 TOMRA sorting machines at the IVAR facility goes directly to washing and granulate production lines onsite. The granulate created of the individual plastic types PP, LDPE and HDPE can then be used directly for the production of new plastic items," explains Lambertz.