TOMRA’s president and CEO, Stefan Ranstrand, has achieved an international accolade in recognition of his leadership and corporate strategy. 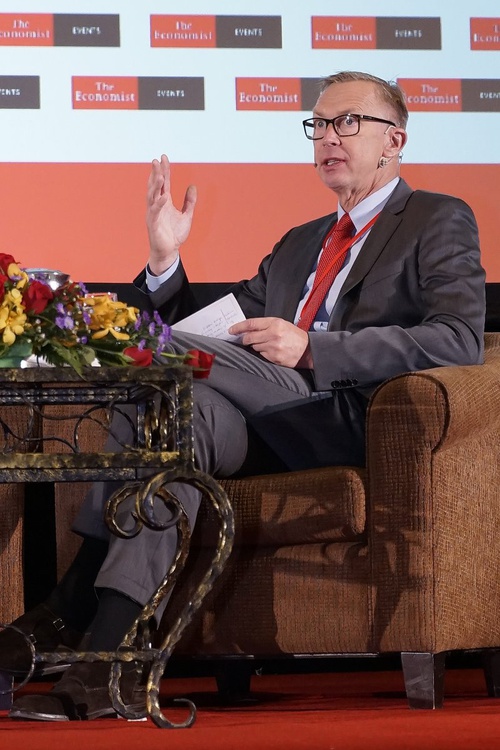 According to the publication, “each year European CEO counts down the top 100 companies and business leaders, looking specifically for examples of strong strategy and commitment to corporate governance.”

Stefan is currently enjoying his tenth year as TOMRA president and CEO, following his appointment in August 2009. During his time at the helm, he has led the business on a transformational journey from a loose collection of entities into one strong and unified brand. TOMRA is now globally recognised as the world leader in reverse vending technology and sensor-based sorting solutions for the food, recycling and mining industries.

Founded in 1972, TOMRA employs 3,565 people and is listed on the Oslo Stock Exchange. Around 97,500 of its machines are installed in more than 80 markets worldwide.

In 2017, the company reported record currency adjusted revenues of NOK 7.432bn (€778m), representing a 12 per cent increase on the previous year, as demand for its technologies continues to grow.

Commenting on Stefan’s award win, the European CEO Award judges said: “TOMRA’s solutions are part of a widespread push to operate more sustainably. The global population is expected to increase by 30 percent over the next 40 years; as such, it has become essential for organisations to rethink how they obtain, use and re-use resources. Sustainability has been at the heart of TOMRA’s business for four decades and they continue to find new ways to optimise precious resources.”

Accepting the award, Stefan added: “It’s a great honour to have received this accolade. This is testament to the whole company and recognises the dedication of TOMRA’s people. The past year has been our most successful to date, reaffirming our status as a sustainability leader and spearhead of the resource revolution.

“We continually strive to find innovative ways to reduce the world’s waste and optimise use of its resources. I’m very proud of the positive impact TOMRA has had on the recycling, food and mining industries in the past ten years. I’m privileged to lead TOMRA and will continue to do so with a renewed focus on achieving a more circular economy and safeguarding the future of the global food supply.”

The official announcement of Stefan’s achievement was made in the January issue of European CEO, which is distributed at the World Economic Forum in Davos, Switzerland, held from January 22-25.