TOMRA appeared at the 2018 Scottish Grocers' Federation Conference to discuss the opportunities of deposit return schemes for UK retailers. 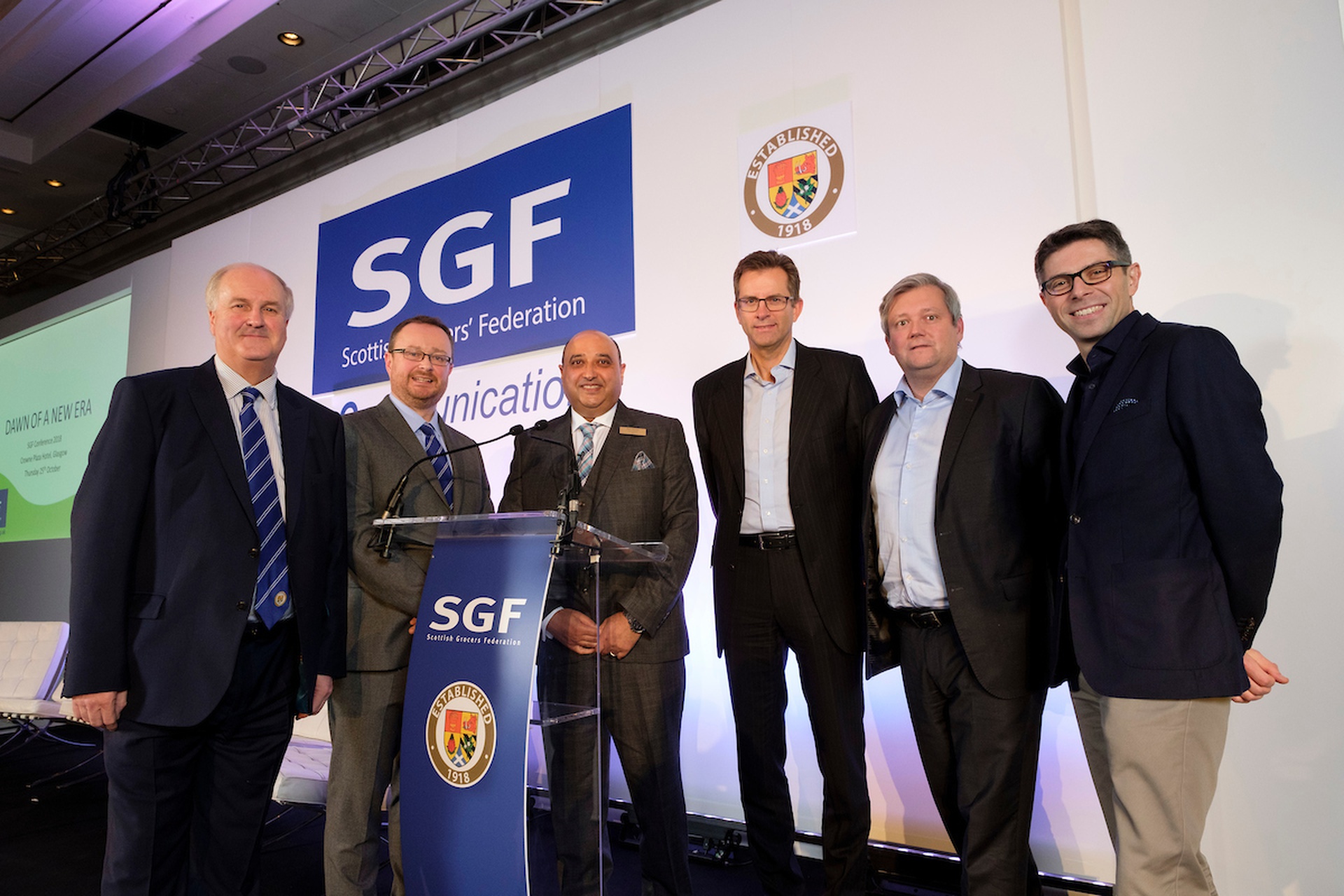 Deposit return schemes (DRSs) were high on the agenda at the annual Scottish Grocers Federation (SGF) conference, as TOMRA Collection Solutions took to the stage to discuss the opportunities of implementing the recycling system within Scotland.

Taking place on October 25-26, the event marked the SGF’s centenary conference, which has celebrated and supported the work of local businesses over the last 100 years. In the current climate, concern over the global plastic pollution problem is high and SGF members were keen to learn more about how a DRS can help reduce the levels of plastic going into our oceans and environment, as well as the practical and financial implications for retailers.

SGF’s head of public affairs, Dr John Lee, commented: “The Scottish government has stated that a DRS should be developed in a way that addresses the specific needs of small retailers.

“To deliver on this the government needs to guarantee that […] small retailers are not left at a competitive disadvantage with the big supermarkets. We need this policy to succeed and small retailers must be given the resources to participate in it.”

Harald said: “The opportunity is the same for small and large retailers; what’s vital in a DRS is that anywhere that sells bottles and cans must take them back. For small convenience stores with low throughput this can be done manually, and larger convenience stores can be enabled with automation, so they can participate.”

Addressing a common concern among grocers, Harald discussed at length that a DRS isn’t a “one size fits all” solution, with automated and manual systems available to meet the needs of all retailers.

He said: “In terms of infrastructure, there is not a huge setup beyond the machines themselves. For example, when we work with retailers on a throughput lease, TOMRA as a supplier takes the investment cost. Or, if Scotland chooses a return scheme similar to Scandinavia, then this would mean we sell our equipment to retailers and have a service contract with them.

“For small stores there is a space issue and a financial issue, so we offer a wide range of RVM sizes and footprints, as well as different financial models for retailers to buy or lease the machine. There are many benefits – a good automated system attracts customers to stores and increases recycling rates.”

After Harald’s keynote speech, TOMRA Collection Solutions UK managing director, Truls Haug, took part in a panel discussion, covering what implementing a DRS in Scotland would mean for the country’s retailers. Truls was asked to comment on all aspects of DRS, from the incentives the customers should receive for returning their beverage containers, to how smaller retailers could cope if DRS legislation were brought in.

Truls said: “Whilst the benefits of a consistent UK-wide scheme are clear, there is no reason for Scotland to delay its implementation of a DRS so that the rest of the UK can catch up. I’d reassure people that the main consequence of implementing a different scheme between Scotland and the rest of the UK nations is the barcodes for containers; there certainly would not be chaos.”

Alongside Truls was Mike Gordon, head of format and store development at Scotmid – which already has an operational TOMRA RVM in one of its stores – who hailed the work TOMRA is doing to reduce plastic waste through DRSs.

As well as the keynote speech and the panel, TOMRA also had an RVM on show in the trade centre. Attendees saw it in action and asked any questions they had about the operational aspects of utilising the machine in store.

In Scotland, TOMRA already has RVMs in operation at Heriot-Watt University in Edinburgh, as well as within Tesco and Scotmid stores across the country. TOMRA also hit the headlines in the UK after appearing at the SGF, with Harald and Truls being interviewed by and appearing in The Grocer, The Herald, Convenience Store and Better Retailing.