In recent years, sensor-based ore sorting has gradually become established, and is now widely used across the mining industry. In a huge quantum leap forward, TOMRA Sorting Mining is now introducing a new multi-channel laser sorting machine which is destined to set entirely new standards within the industry. 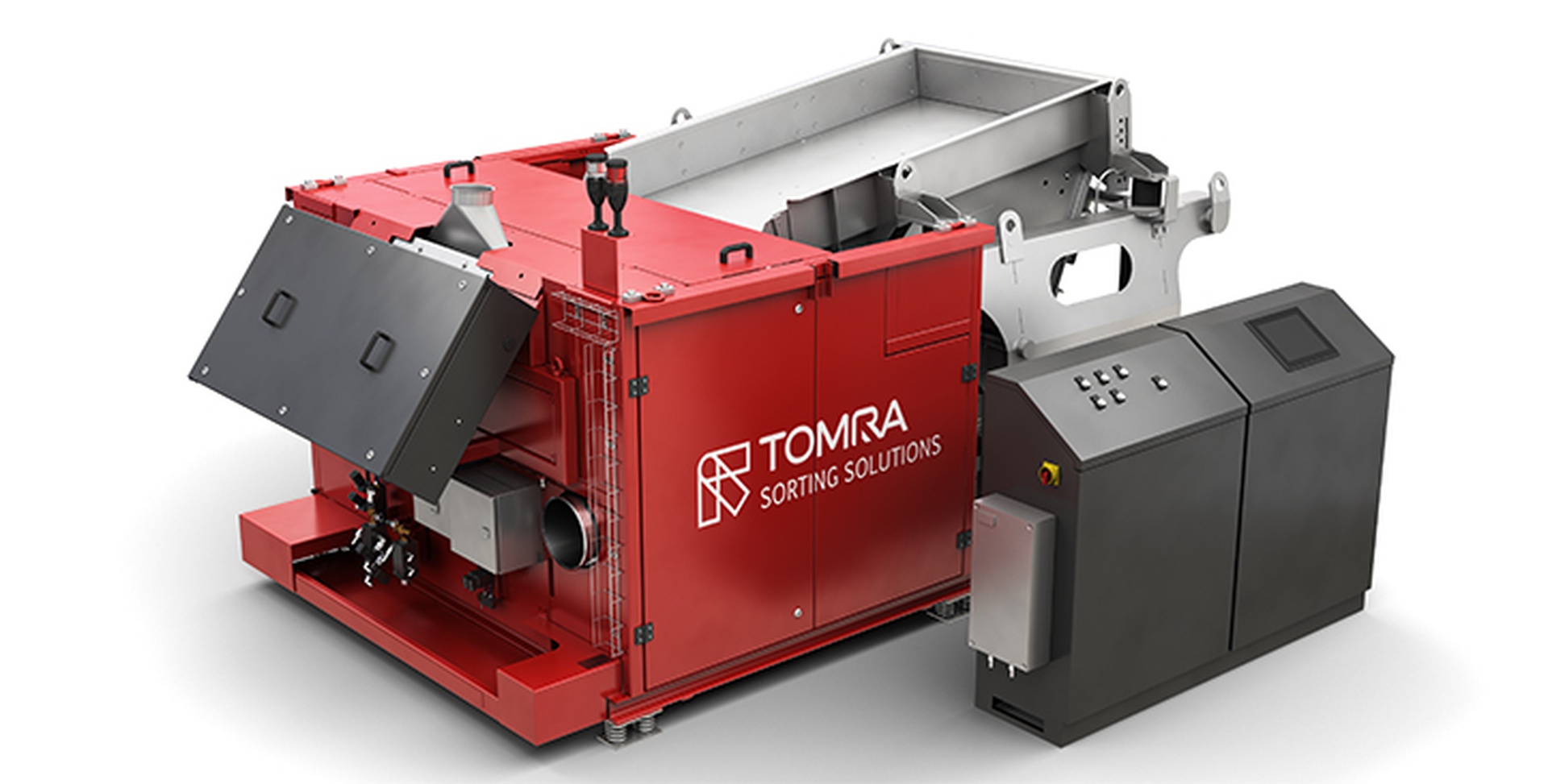 Minerals which could not be differentiated with existing technologies, such as color-sorting, X-ray transmission or near-infrared sensors, can now be identified and separated. The new ore sorting technology enables the user to define and apply a greater number of sorting criteria, and thus sort with much greater precision. The laser identification technology consists of a multi-channel laser scanning system with high-resolution imaging, and cutting-edge color and textural selectivity. Multiple material characteristics such as brightness, color, size, shape and surface texture are processed simultaneously.

TOMRA's patented multi-channel sorting technology measures reflection, absorption and fluorescence and utilizes the scattering effect of multiple lasers inside a detector unit. Typically, the focused laser beam, which is a monochromatic light source, hits a rock or mineral and is absorbed or reflected. When this laser beam hits a larger, translucent crystal – for example quartz – the laser beam enters the crystal and is reflected, refracted and scattered inside the crystal. The beam then returns as a blurry glow which is of relatively low intensity. Large translucent crystals will scatter more efficiently than smaller ones. This differentiated physical behavior is captured in high-resolution by high-sensitivity tools inside the new sorting system.

For quartz, the scattering effect of multiple lasers can be used to distinguish a rock containing quartz from its identically colored neighbors. A pure or non-contaminated quartz rock now registers as a glowing crystal, while a similar looking piece of quartzite, sandstone or many other rock types, exhibit no visible scattering at all and simply remain dark.

Conventional approaches have involved the use of color sorters. However, sorting based on color alone tends to reject rock material which, though it may be iron-stained on the surface, nevertheless still contains an acceptably low percentage of iron. Rejecting such iron-stained material causes significant loss of yield, thereby necessitating additional mining to maintain production levels. Also, as quarry material is mined out, product specifications may become increasingly difficult to achieve as lower quality areas of the deposit are encountered.

“TOMRA's new laser sorting solution is unlocking untapped opportunities within the market and offers our clients an innovative and cost-efficient solution which increases the lifespan of their deposits. Analyzing results from tests and practical trials at several installations, we have demonstrated that we can achieve higher recovery, better quality and more consistent sorting of quartz material with laser sorting than with other sensor technologies,” comments Ines Hartwig, Product Manager at TOMRA Sorting Mining, at the launch. “But other segments could also benefit from this technology: Any application in which a crystalline structure helps to separate the valued material from the waste can also be targeted. So, possible applications could, for instance, include minerals such as gold, calcite, fluorite, rock salt, or talc to name just a few.”

Optical laser applications have been incorporated into many technologies and industries over the past 60 years, and the TOMRA group already deploys laser technology within its portfolio. Since the first optical food-sorting machines were introduced in 1997 this detection method has been continuously refined and developed with more than 3000 laser sorting machines installed worldwide. TOMRA's patented laser sorting technology has been adapted to meet the specific needs of the mining industry.

The new laser sorter is based on TOMRA's compact PRO series, which has a well-proven track record of performance in the mining industry. The chute sorter has been equipped with two multi-channel laser systems placed opposite each other at an angle of 180°. This allows for the detection of material from two sides and maximizes the capture of information about the structure of material surfaces. This is particularly important for sorting material with contact zones because they are typically only detectable on one side of the ore. The machine can easily be optimized for each required sorting task by selecting a sorting program and making appropriate sensitivity adjustments.